Brunswick Air: Taking it to the skies

Story and Photography by Carolyn Bowers

“I’ve wanted to do this all my life,” seems to be a familiar refrain among students at Brunswick Air, Inc., the new flight school at the Cape Fear Regional Jetport in Oak Island. For folks who are drawn to the allure of flying and getting a pilot’s license, Brunswick Air is there to provide lessons for pursuing that long held dream.

According to several students, the staff at Brunswick Air make it easy. The owners and instructors are encouraging and supportive and willing to accommodate their students’ schedules.

“They’re just so nice to work with,” says Scott Gardner, one of their new students. Gardner joined the U.S. Navy when he graduated from high school and was in naval aviation.

“But I never flew a plane,” he says. “I always wanted to, and now I have no excuses left. I build houses and it’s very stressful. And when I fly, it’s just so relaxing. Up in the air here is so beautiful. You can see sandbars, schools of fish, dolphins and the boats on Bald Head Island. You could even scout for fish and then radio the fishermen and tell them where the fish are.”

That might be a job opportunity for someone. But not for the Gwins or the Swifts, who have more than full-time jobs as owners of Brunswick Air and Cape Fear Airworks. Barbara Olsen-Gwin is the office manager and administrative person. Her husband, Rich, and Greg Swift are the maintenance mechanics. And Flora Swift takes care of the planes’ interiors. All four co-owners had careers in the aviation industry before moving to Brunswick County.

Brunswick Air officially opened in August 2010. According to Chief Flight Instructor Dennis Faver, who worked for Brunswick Air’s predecessor, Red Sky Aviation, the new owners are “doing everything right.” The company is on solid ground financially and is well managed, he says. And having an in-house maintenance shop is an asset. Both Rich and Greg are FAA licensed mechanics and have FAA inspection authorization.

Brunswick Air owns four planes, two Cessna 152s and two of flight time with United Airlines. He, too, is a member and certified instructor for the Southport Civil Air Patrol.

The program to get a private pilot’s license requires a minimum of 40 hours of training; however, the average number of hours is more like 70. After logging 20 hours of flight time, the student is allowed to fly solo. The first solo flight is an unforgettable experience, and it is celebrated by observing a time-honored tradition. The student’s shirt is cut off his back, written on and doodled on and then hung up on the walls of Brunswick Air to permanently and publicly display the name of the student, the instructor, the plane and the date of the event.

The significance of this ritual is that in the early days of aviation, the pilot sat behind the student, instead of beside him, as they do now. There were no two-way radios or other means of verbal communication, so the pilot signaled his Cessna 172s. The 152s are two-seater planes, and it helps if at least one of the persons aboard is small. The 172s can carry a pilot and three passengers.

Brunswick Air has an impressive staff of four highly qualified flight instructors. Dennis Faver is the chief instructor. He is retired U.S. Army and is active in the Civil Air Patrol, serving as a check pilot and squadron commander. Lance Swier holds a certified flight instructor- instrument rating in addition to single-engine plane certifications. Jan Scearce is a former Air Force pilot and flight instructor with more than 5,600 hours of air time. David Manzel, dubbed Captain Scully by one of his students, retired after 37 years and 21,000 hours commands by pulling on the student’s shirt tails to indicate which direction he or she was to head. After the student soloed, his shirt was cut off to indicate that he no longer needed it to receive his instructor’s directions.

Brunswick Air co-owners Rich and Barbara Gwin are taking flying lessons and each soloed last year, Rich in May and Barbara in August. They have their shirts hanging up on the wall with the others to prove it.

“It’s very exciting,” Barbara says. “There’s always risk involved, and you have to be smart, more than smart, you have to be responsible. I think it was Harrison Ford who, when asked why he loves to fly, said, ‘For the freedom of it and for the responsibility of it.’”

Oak Island resident Rick Autry is Brunswick Air’s most recent student to pass his solo test. Autry and his instructor left the Cape Fear Jetport at sunset, went up to Wilmington, completed the required 10 landings and take-offs and then headed south to Myrtle Beach to complete the 50-mile cross-county trip, with the mandatory three hours of flying time at night.

“Flying at night is very different from daytime flying,” says Autry. “At night it is so calm and serene and the lights are beautiful. Flying over Myrtle Beach at night is like flying over Las Vegas. The hotels light up the beach.”

After a student completes his solo flight and logs at least 40 hours of flying time, he is eligible to take his “check ride.” This test is the final step before being granted a private field, which means there is no air traffic controller. Barbara says this means you have more time in the air and less time taxiing, holding and waiting for clearance to depart, and that is important when you are paying by the hour to use the plane. It’s called a “see-and-avoid” airport, which obviously means you’re on your own to watch out for other planes and get out of their way. Radio contact with the airport is on frequency CTAF/Unicom 123.0.

In talking with Brunswick Air owners, flight instructors and students, one thing is very clear. They all share a feeling of excitement, exhilaration and enthusiasm for flying, teaching and learning. As Barbara says, “You’re always learning. It’s like being a student your whole life.”

There is camaraderie among pilots, a sort of close-knit pilot’s license, and it is administered by an FAA inspector. A student of Faver’s, Dick Hart, passed his check ride at 2:25 p.m. on February 16, 2011. By that time, Hart had logged 150 hours from four different flight schools, over the course of three years. “It was a dream come true,” Hart says. “I had trouble sleeping that night! I knew I was going to be a pilot in 5th grade, after I saw ‘The High and the Mighty’ with John Wayne.”

Brunswick Air has recently expanded its service to include Fun Flights. These are scenic air tours for folks who want to see the Cape Fear River, the beaches, Oak Island, Southport, Calabash, Bald Head Island, wildlife, ships, piers, bridges and lighthouses from the air. Guests are able to customize their flight route if they want to fly over their house or favorite marina. Brunswick Air has been given FAA approval to offer this service in their N3030E Cessna 172, nicknamed “The Winchester.”

Brunswick Air also rents its planes to licensed pilots. Cape Fear Regional Jetport is what is known as an uncontrolled fraternity. Maybe that is because there aren’t a whole lot of them. According to the Aircraft Owners and Pilots Association (AOPA), there are only 651,000 registered pilots in the United States. Of that number, about 221,000 have a private pilot’s license. Barbara is quick to add that only 6 percent of them are women. Clearly, she is looking forward to the day when she will join that very elite group. 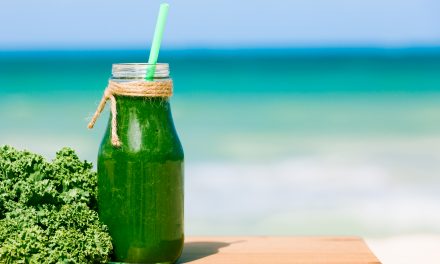 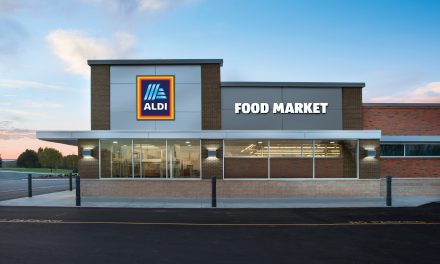 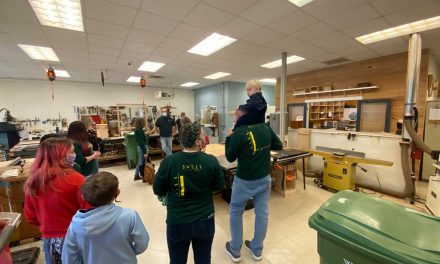