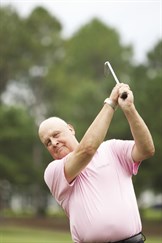 Glen Miller thought the lump that appeared under his right nipple was from a golf ball bouncing off his chest when he was picking up golf balls at a driving range he owned in Maryland. When the lump didn’t go away, he consulted his physician. Breast cancer was the diagnosis.

“I was stunned,” says the native Pennsylvanian, who is now the golf pro at Sandpiper Bay Golf & Country Club in Sunset Beach. “I had dealt with prostate cancer. Whatever I had to do to get over it, I had to do.”

Information from the Susan G. Komen website indicates that each year about 2,200 men, or 1 percent of all cases, are diagnosed with breast cancer and about 400 die each year from the disease. The warning signs are similar to those in women: change in size or shape of the breast; a lump, hard knot or thickening in the breast; a discharge from the nipple; and any irritation on the breast. Medical personnel agree that the key to breast cancer survival is early detection and treatment.

Cancer is not new to Miller or his family. In 2009 when he was diagnosed with prostate cancer, doctors removed his prostate entirely. His sister and mother are breast cancer survivors. His father, who quit smoking at age 39, died of lung cancer in 2006 at the age of 78.

Miller had a mammogram in November 2012 and said he joked with the technician during the procedure.

“I can see how this could bother some women,” he said.

Two months later he had a mastectomy.

Four chemotherapy treatments followed. He explains that his daughter, Christina Miller, went to his first chemotherapy treatment with him, and his ex-wife, Dee Miller, not only attended all his doctor’s appointments with him but invited him to stay at her place while he was recovering from his mastectomy.

“She was a support for me,” he says. “I got through chemo a lot better than some others. I hurt for about three days, but I didn’t have radiation.”

At 61, Miller has accepted his situation.

“Having one breast has not bothered me,” he says. “I will walk on the beach shirtless. It hasn’t affected me at all. When I look in the mirror, I understand it was there, but it’s not there anymore. I’m still the same person. It doesn’t make me feel less [of a person].” 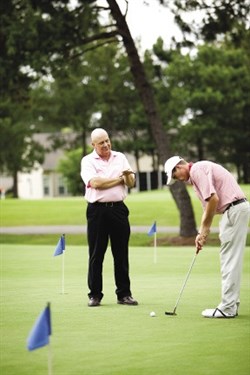 Joy Wade, program manager for Pretty in Pink Foundation in the Wilmington area, says of the 1,500 people the foundation has helped since its inception nine years ago, 10 have been men. Pretty in Pink is a nonprofit organization that assists North Carolina residents diagnosed with breast cancer who have limited or no health insurance. In 2012 the foundation helped 421 patients in 72 of the 100 N.C. counties. American Cancer Society research shows that nearly 30 percent of North Carolina residents are uninsured and nearly 15 percent of them are single mothers.

Miller was not assisted by the Pretty in Pink Foundation, but he is helping the cause by talking about breast cancer in men.

“Glen is an awesome fellow,” Wade says. “He’s willing to talk about [his breast cancer]. That’s rare for a man. He is very willing to share and wants to educate people.”

Miller doesn’t mind talking about it.

“A lot of men don’t like to talk about having breast cancer,” Miller says. “There’s no sense in hiding it because I had it.”

Miller says he has to watch his diet, protect his skin, which is sensitive since he had cancer treatments, and take his medication.

“The doctors feel like I am ‘home free,’” he says. “They are confident they got it out.”

“Glen is upbeat,” Kascsak says. “He’s a well-rounded individual. Not many people realize that men can get breast cancer. It’s not just women who get it. It affects everyone.”

At Sandpiper Bay pro shop where Miller works, no one would suspect he’s a cancer survivor. His bald head isn’t really an indication.

“My hair is starting to grow back,” he says, running his hand over the top of his head where spears of white are visible on his scalp. He said he wears a big hat when he plays golf, which is about three times a week even though he has a heavy work schedule. He’s not worried about the cancer coming back. “I’m confident the doctors did their job and did it well,” he says. 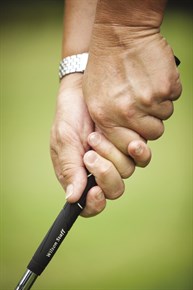 Golf Tournament for Pretty in Pink
Sandpiper Bay Golf & Country Club is gearing up for its sixth annual golf tournament to benefit the Pretty in Pink Foundation. The club has raised more than $87,000 since it began sponsoring the tournament.

Those playing in the tournament are invited to a reception and Chinese auction from 5:30 to 8 p.m. on September 25. Vacation packages, Disney World tickets and more than 80 other items are in the auction. A cash bar will be available. Cost of tournament play is $70 per person. Entry to the reception for those not playing is $5.

Tournament registration begins at 7:30 a.m. on September 26 followed by a continental breakfast and the putting contest with shot-gun start at 9 a.m. and lunch after golf. All proceeds benefit Pretty in Pink Foundation, and Wade explains that all the proceeds from the tournament stay in Brunswick County. “There is no other organization like us in North Carolina,” she says.

What: Golf Tournament for Pretty in Pink 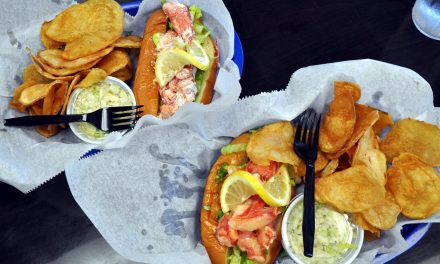 Dawg House Grill Too is a Mighty Business 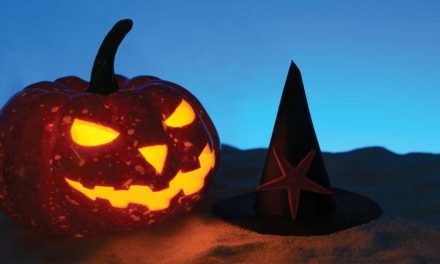