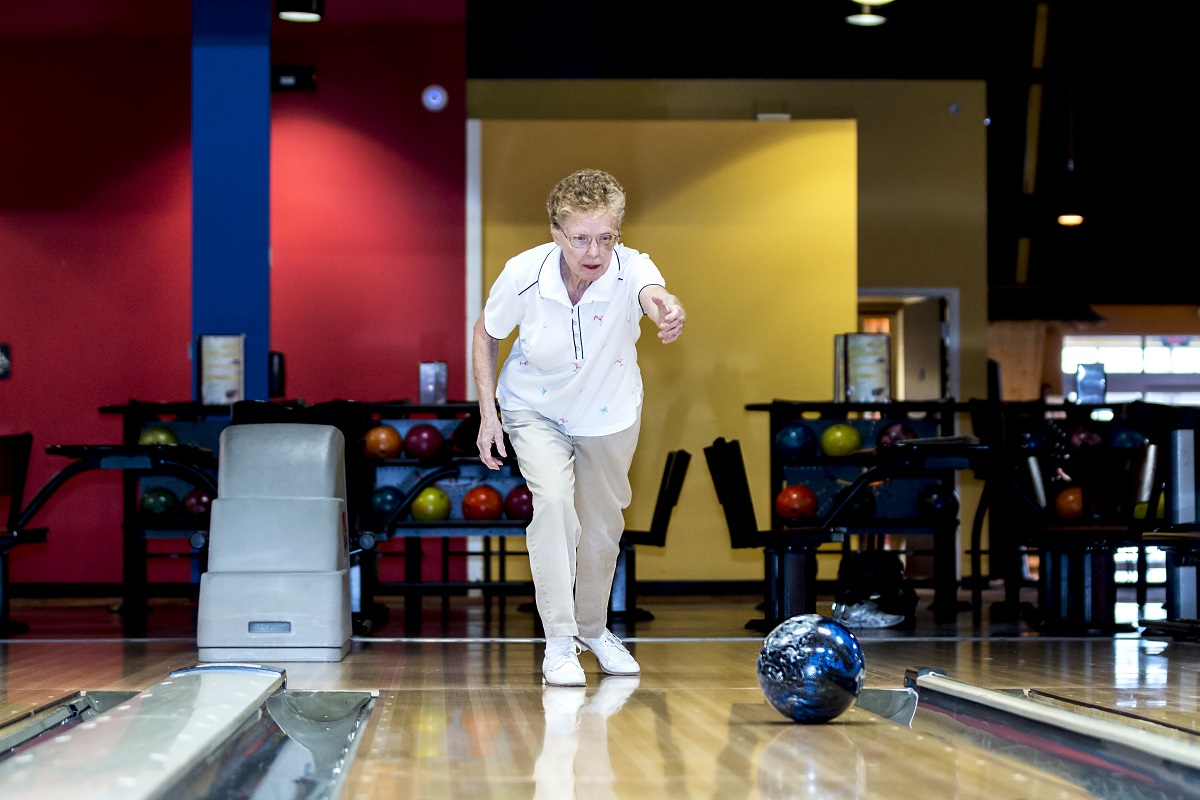 Some folks spend a lifetime searching for a dream. Seventy-seven-year-old Marilyn Davidson has spent the past 60 years living hers. 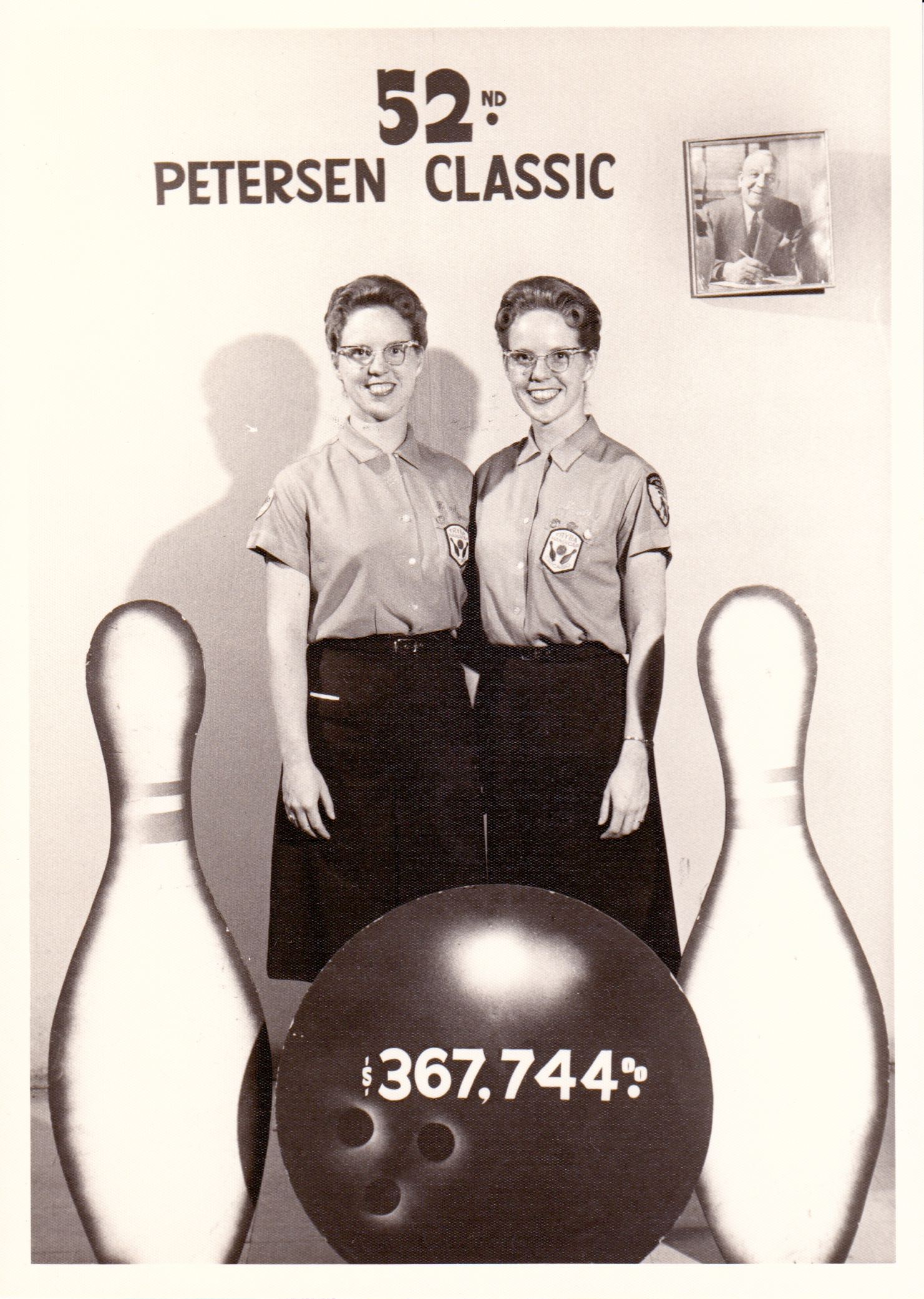 “I have always been an athlete,” the Grand Rapids, Michigan, native shares. “I am very competitive.”

The USBC Women’s Championship is the world’s largest participatory sporting event for women and has a tradition that dates back to 1916. The tournament is open to all female USBC members. It gives bowlers of all ages and abilities the chance to compete in a championship environment, earn prize money and win a national title.

“We’re looking forward to celebrating Marilyn’s milestone appearance,” USBCs Aaron Smith says. “She will be joining one of the most exclusive clubs in USBC Women’s Championships history with her 50th tournament appearance in 2017, and it’s not surprising since she’s one of the most dedicated and passionate bowlers we’ve ever had.” 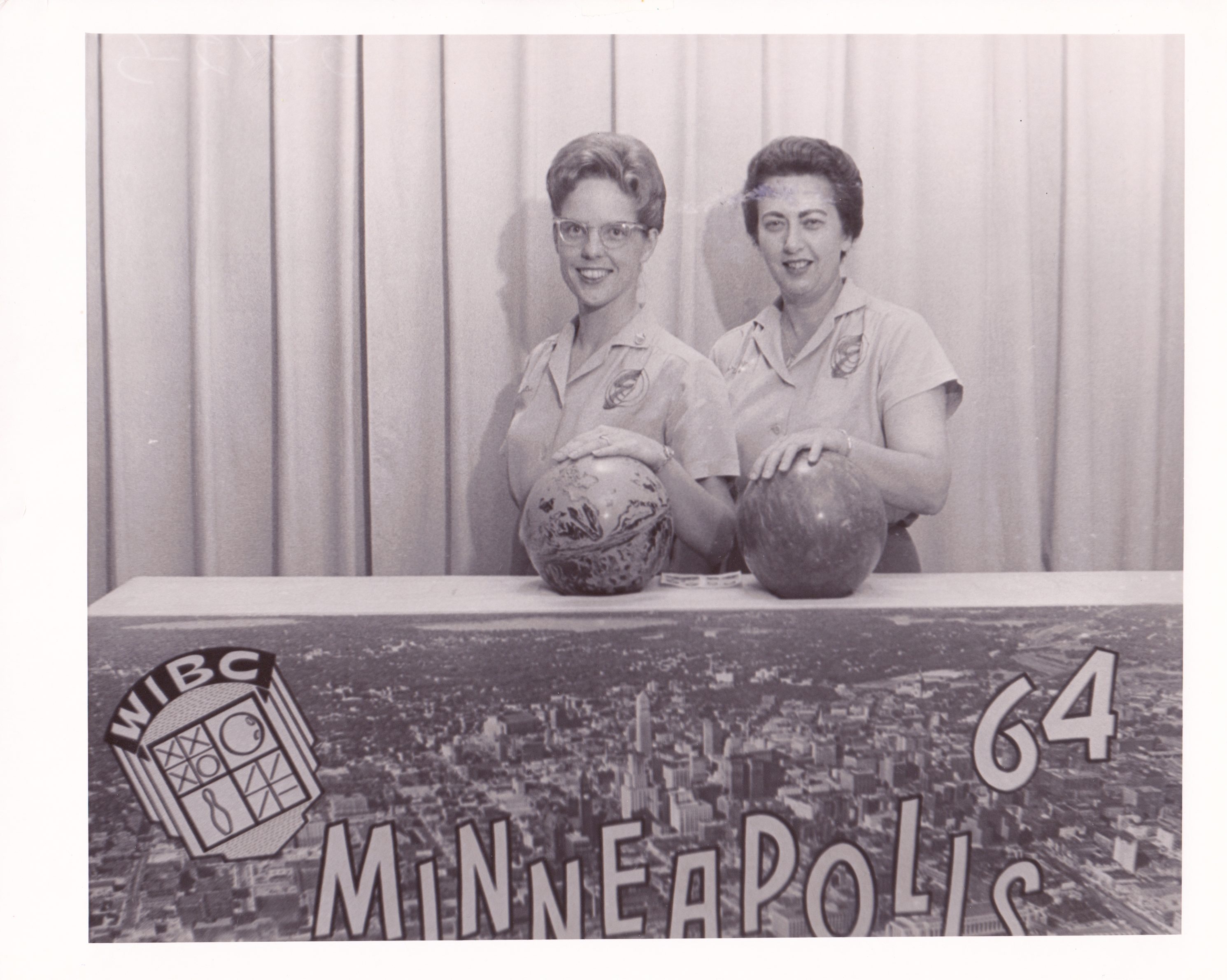 Sports and traveling are her passions. The left-handed bowler has been to 26 states and 36 cities over the past 50 years. “It would be more, but the tournament stayed in Reno, Nevada, four years in a row,” she says.

The petite and soft-spoken senior has won numerous awards and honors, including placing in the 1964 National Doubles with her identical twin sister, Marcia.

The sisters graduated from high school in 1957 and began bowling with friends right away. “It was a way to be social,” Davidson says. The two bowled together nearly five nights a week and sometimes two to three games a night as they entered the workforce and met more fellow bowlers. Marilyn worked for 35 years in the accounting department of the Masonic Grand Lodge of Michigan.

“Our love for bowling developed through the people that we worked with,” she says. “Someone would say, ‘Oh we need another bowler, want to join us?’ and it expanded from there.”

Davidson says they didn’t get really serious about it until after they were in two or three leagues, admitting that “Marcia achieved more than I did. She had a higher average and was a right-handed bowler.”

At their first state tournament in Grand Rapids, the twins were able to sub on a team. And they were hooked. “Marcia could have won the all-events title, but the woman she was subbing for didn’t pay the dollar entry fee.”

Next year marks 60 years since Davidson first picked up a bowling ball. Reflecting on that first night of bowling, she says she had no idea then where the sport would take her. “I never thought I would be here today, that is for sure.”

Davidson bowled in her first national tournament in 1961, in Fort Wayne, Indiana. She and a team of friends had played in city, state and regional tournaments on a regular basis before that. So it was only natural to move on to the national level when the Women’s International Bowling Congress (WIBC) held its annual tournament a mere three hours away. “Our team packed up the cars and drove south,” she says. “We had the time of our life that weekend.”

It was then that the Davidson sisters began meeting bowlers and future teammates from all over the country.

“Over the years when we couldn’t pull a team together, we would register and the WIBC would place us on a team,” she says. The WIBC merged into the USBC in 2005, and the USBC is recognized as the national governing body of bowling by the United States Olympic Committee.

Davidson does not limit herself to bowling. She has spent her last 20 or so winters golfing in Fort Myers, Florida. “A friend from Michigan introduced me to the area and it just fit,” she says. “I don’t like the snow.”

In fact, Davidson has dabbled in numerous sports. “I played organized basketball, softball and baseball in high school,” she says. She picked up golf in the late 1970s and played in the Pro Am future tour of the LPGA. “I’ve done reasonably well for the length of time I’ve been in the golf sport.”

She spends autumn and spring in Sunset Beach and returns to Grand Rapids for three months each summer. Davidson soon will be honored at an open house in Grand Rapids to celebrate her bowling accomplishments. 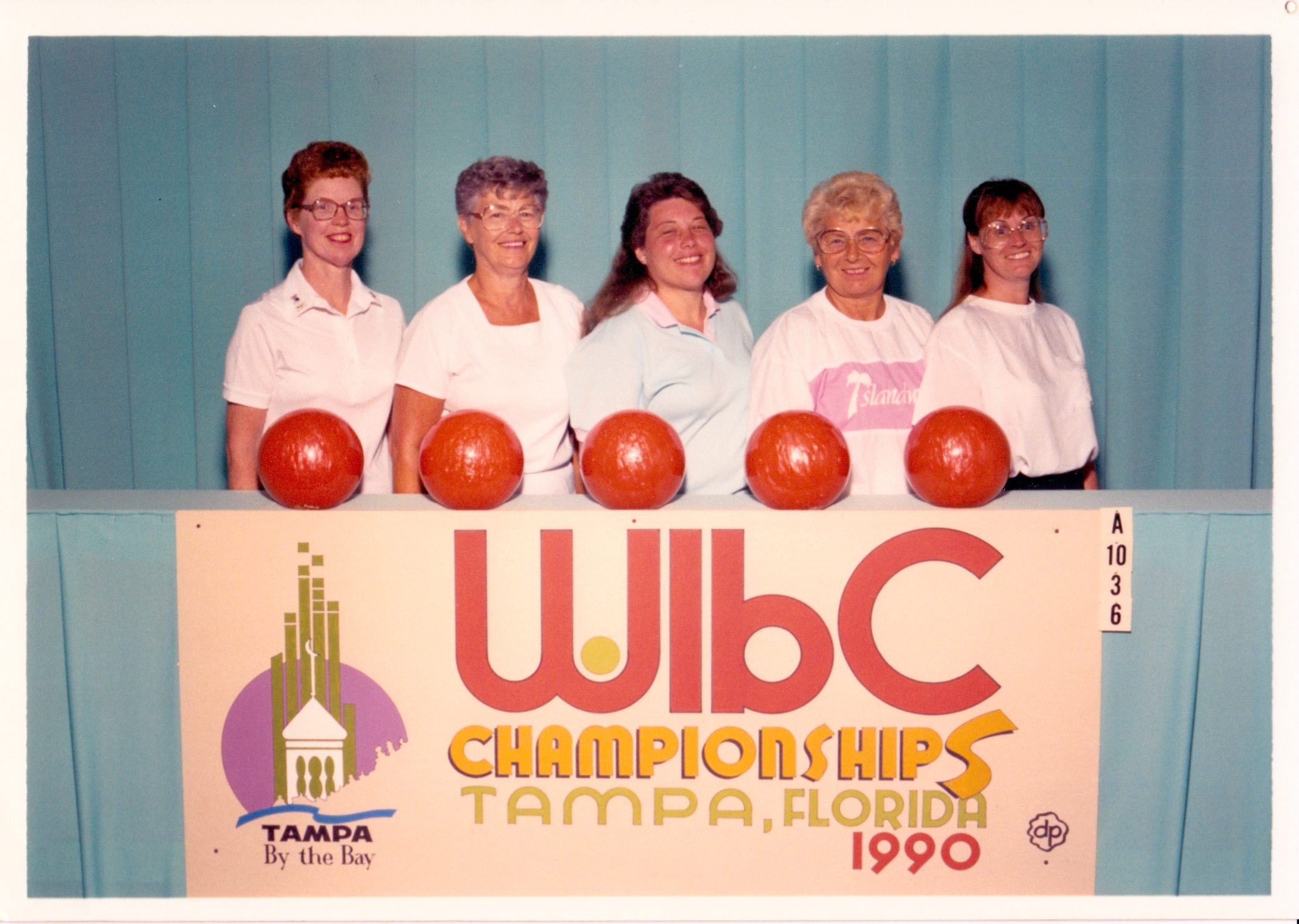 She is already packing for the party. She has a nearly complete archive of all 50 National Championships she was in, including programs and dozens of displays of patches, pins, photos, plaques and news articles. There is even a custom-sewn queen-sized quilt made from 40 years of her bowling shirts.

Locally Davidson bowls at Planet Fun in Shallotte in the only local USBC-sanctioned league. She bowls up to three games each Wednesday.

To enter the USBC national tournament, Davidson had to enter a USBC tournament in 2016, so she traveled to Las Vegas in April where she bowled a 509 with a 200 game in a three-game series, singles event.

When she’s not bowling or golfing, Davidson travels with the International Twins Association. “I have met friends from all over the country,” she says. She hasn’t missed the annual twins event since the 1970s. “The only year I missed in the past 53 years was when Marcia passed away in 1973.”

Davison’s Midwestern stick-to-it-iveness has kept her active during three shoulder surgeries — two right rotator cuffs and one left. She was not sidelined during the surgeries and didn’t miss a tournament.

She admits to being a “little bit of a perfectionist and very competitive,” but she’s not alone as a senior bowler.

“There are some women in their 80s still bowling the national tournament,” she says. “I could go another ten years.” 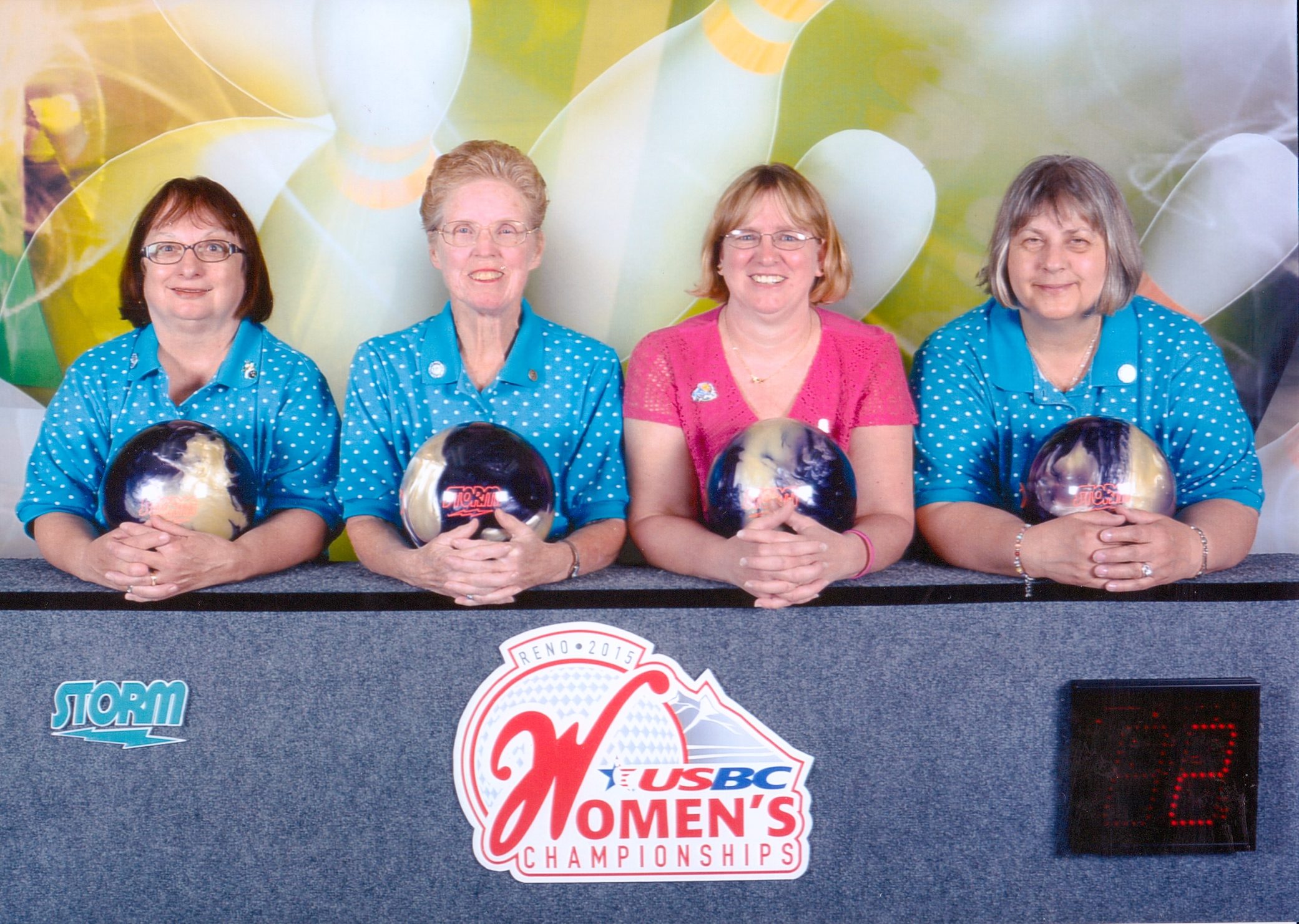 But she has set limits for herself: “I tell myself if I ever have to walk up and plant myself at the foul line, I am quitting.”

The quick-footed senior undoubtedly has many, many more national tournaments ahead.

“Everything I have done was a dream of mine,” she says. “Bowling, golfing and owning homes in Sea Trail and Fort Meyers. And I still have a 1968 pleasure boat that is in storage in Michigan.”

The shoulder surgeries have put her days of waterskiing behind her, but she still loves to take the boat for a spin on a hot Michigan afternoon.

“I have no regrets,” she says. “I am just so glad I got out of my little cocoon and got to do something with my life.” 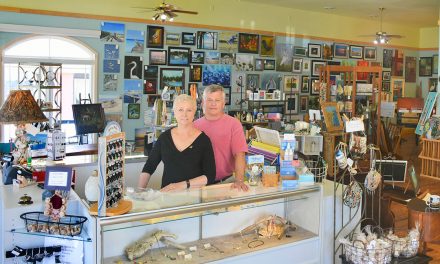