It’s a sunny mid-February Saturday, and in the animal barn at Greenlands Farm in Bolivia, one of Heather Burkert’s goats is on the verge of giving birth. Leah, a black and gray French Alpine, is expecting twins, Heather says, as she points to the doe’s swollen udder.

Leah rises and falls in her stall with each contraction, shifting in the hay nest she scratched together earlier in the morning. Heather says it should only be a few hours now, and it’s lucky the doe is birthing mid-day.

Usually this happens around midnight, Heather says, which makes for a long, exhausting night. Bundled in her overalls and a sweatshirt, Heather will handle the birth herself with no help from a vet.

For Heather, becoming a goat midwife was a necessary part of running an operation where the circle of life is an everyday occurrence. Or, as Henry, Heather’s husband, says, “Nothing waits — you have to be there or something goes haywire.”

Henry, his unlined face red from the cold, has come in the barn to check on Leah’s progress. He says that last year Leah gave birth to triplets in a difficult birth. The three baby goats breached in a tangled knot and Heather had to reach inside to help re-maneuver the triplets so they could come out normally, one at a time.

“I hope there are no complications this time,” says Heather as she and Henry leave the barn to give Leah some quiet before the big moment.

Outside, Heather and Henry, both 61, walk around the grounds with the easy gait of people half their age. The Burkerts have been together for 40 years; they met as undergraduates at Michigan State University. They started Greenlands Farm on Midway Road about 12 years ago after living in Wilmington for almost 20 years. They’re both landscape architects, but much of their business became a casualty of the recent economic downturn. So they decided to use their farm to make ends meet. 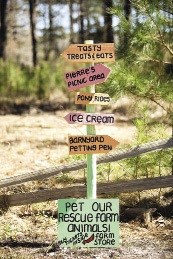 When they originally bought their 20-acre property in 2001, there wasn’t much there, Henry says. Now the compound boasts a bright gray, cottage-like farm home, which Heather designed with Wilmington architect Troy Kenny; a petting zoo area that includes rescue llamas; the animal barn; and a large barn-like structure that houses their store.

Farmland surrounds the buildings and includes an orchard with lemon and apple trees (yes, you really can grow lemons in North Carolina), a pasture, grazing land and areas for storm-water processing. The year-round, 4-acre vegetable farm produces everything from greens, tomatoes and summer squash to eggplants, carrots and spinach, while the similarly sized pasture is big enough for their 70 chickens, a small herd of goats and a pair of pot-bellied pigs.

The Burkerts run the farm together with their 37-year-old daughter, Maude, a group of dedicated volunteers, and counter help for the store, which sells their farm produce, baked goods, organic meat and milk, eggs and crafts from local artisans.

From its buildings to its farmland, Greenlands Farm has a holistic feel about it, with each aspect enriching the other. This isn’t by accident; the Burkerts carefully planned the farm to be on the cutting edge of contemporary agriculture.

Greenlands is what’s called a polycultural farm, or a homestead farm, which means the Burkerts grow multiple crops alongside animals and rotate the crops and animal pastures throughout the year. This way, the soil can rejuvenate itself and plants can grow more plentifully without the need for harmful pesticides.

It’s a self-sustaining cycle of life where everything serves a purpose. The animals are fed trimmings from the farm and leave their droppings, which are used to make compost to fertilize the soil. The soil produces vegetables, which go back to feeding the animals and consumers at the store. And it’s all done without chemicals. Henry says homestead farms are an antidote to corporate agriculture practices in the United States, where farmers grow one crop year after year as a commodity, which means they have to rely on harmful pesticides and end up damaging the soil.

Inside the Greenlands Farm store, sunlight fills the room from high windows and skylights. Light reflects off the yellow walls and jam-packed shelves, highlighting the general-store feel of the place. Appalachian folk music hums from a small speaker while customers munch on sandwiches at a side area furnished with tables and wicker chairs. 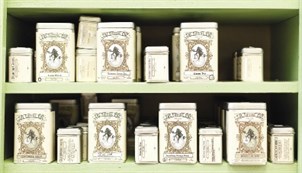 The store, which the Burkerts opened just two years ago, is the hallmark of the couple’s self-sustaining philosophy. Everything inside either comes from the farm, is organic or recycled, or produced by a local artisan. In one section are bright red, purple and green hand-crocheted scarves by Brunswick County crafter Toni Miley; in another, local llama rescue worker Vicki Sundberg displays winter hats made with fur from the llamas in Greenlands’ petting farm.

“There are so many incredible resources around here [in Brunswick County] if you know where to look,” Heather says.

The Burkerts also have a goat-milk soap business in the store, called Whiff and Whims, which uses milk from the farm’s goat herd. Heather says that name-brand commercial soaps have antifreeze-type chemicals in them and cause toxins to collect on the skin.

“Our soap has goat milk and oils that are naturally healing, and that makes a huge difference,” she adds.

Heather’s soap has helped many customers with skin problems, which she says is very fulfilling. But the bakery and deli counter are truly her domain. Here, Heather puts her homesteading credo, “from the farm to the fork” into practice. She makes all the bakery goods, including a range of gluten-free foods, from homemade recipes. She also designed the sandwich menu, which features organic meats and cheeses and veggies from the farm. If the ingredients aren’t from the Burkerts’ farm, they’re carefully selected and certified organic, which holds true for every other food section in the store. Other items sold here include hormone-free, antibiotic-free ice cream and shakes, as well as organic coffee, teas and flours.

The Burkerts’ concern for the public touches every program and activity at the farm.

“We make sure our prices are affordable for our neighbors,” Heather says.

One of their primary efforts is a Community Supported Agriculture program, or CSA, which is another growing movement in U.S. farming. With CSAs, locals buy a share of Greenlands’ seasonal crops for a flat fee and in turn receive a half-bushel of first-quality produce each week for 10 weeks. The program, which also helps spread the idea of healthy eating to the community, started when the Burkerts had leftover produce that they gave away to neighbors. By word of mouth, more and more people became interested and now 50 families participate in their CSA.

Katie Dean from Oak Island enjoys lunch with her husband and two daughters in the store. They come for the food and the Saturday petting farm. Katie discovered Greenlands “just by driving on Midway Road so often,” she says. “I thought it was just a little barn, so it was a nice surprise to find so many things here.”

Katie likes to eat organic and says Greenlands is less expensive than organic foods giant Whole Foods in Wilmington, “and a lot closer,” she adds. Plus, her daughters are enthusiastic fans of the petting zoo. 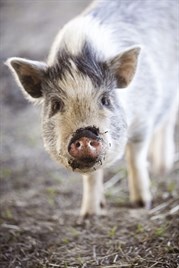 The Burkerts started the petting farm just last fall. It has, among other animals, a mini-donkey, a mini-pony and two llamas that cart children around the grounds. Families plan birthday parties at the petting zoo, and the Burkerts are certified with the Brunswick County school system for field trips to see the farm and pet the animals.

“Kids love it and that’s my favorite part,” says Heather, “to give them something permanent that can last throughout their lives.”

The Burkerts have built a self-sustaining community with Greenlands Farm.

“Here we have the whole circle, economic and cultural,” Heather says. “It’s in the fabric of our lives.”

But their homestead is facing an alarming threat: N.C. Department of Transportation officials are planning to overhaul a small bridge on Midway Road near the entrance to Greenlands. This means that customers coming from the south will face a 24-mile roundtrip detour for at least six months. This could be a disaster to the farm that has taken years to build up. Construction is slated for early 2014. In the meantime, the Burkerts have a petition at their store protesting the bridge construction and the potential lack of access to local businesses on Midway Road.

Back in the animal barn, it’s late afternoon and Heather has surprising news: Leah the goat finally gave birth. But instead of twins, just one very large girl, named Maggie, came down in perfect order, with no need for Heather to intervene. Later, Heather will go to a local thrift store to buy a sweater to keep Maggie warm for the night. Now with nine goats, the herd and farm are growing strong.

“But we’re not really interested in getting bigger,” Henry says. “We prefer to do better with what we have. That’s the whole idea — to let getting bigger happen on its own.” 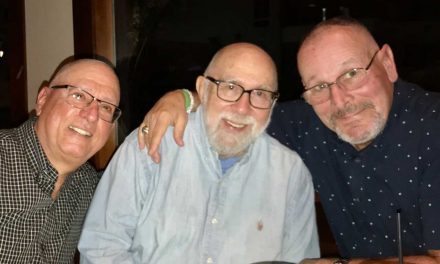 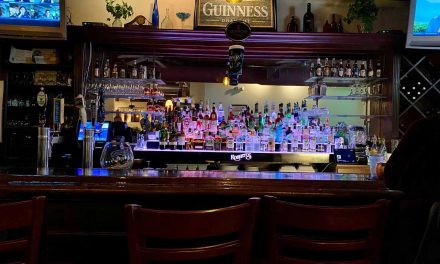 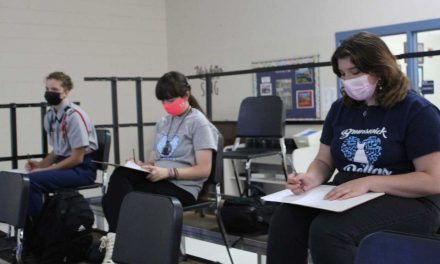 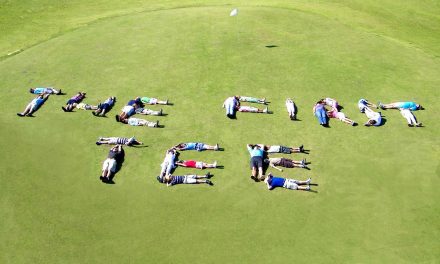 Time to Tee Up