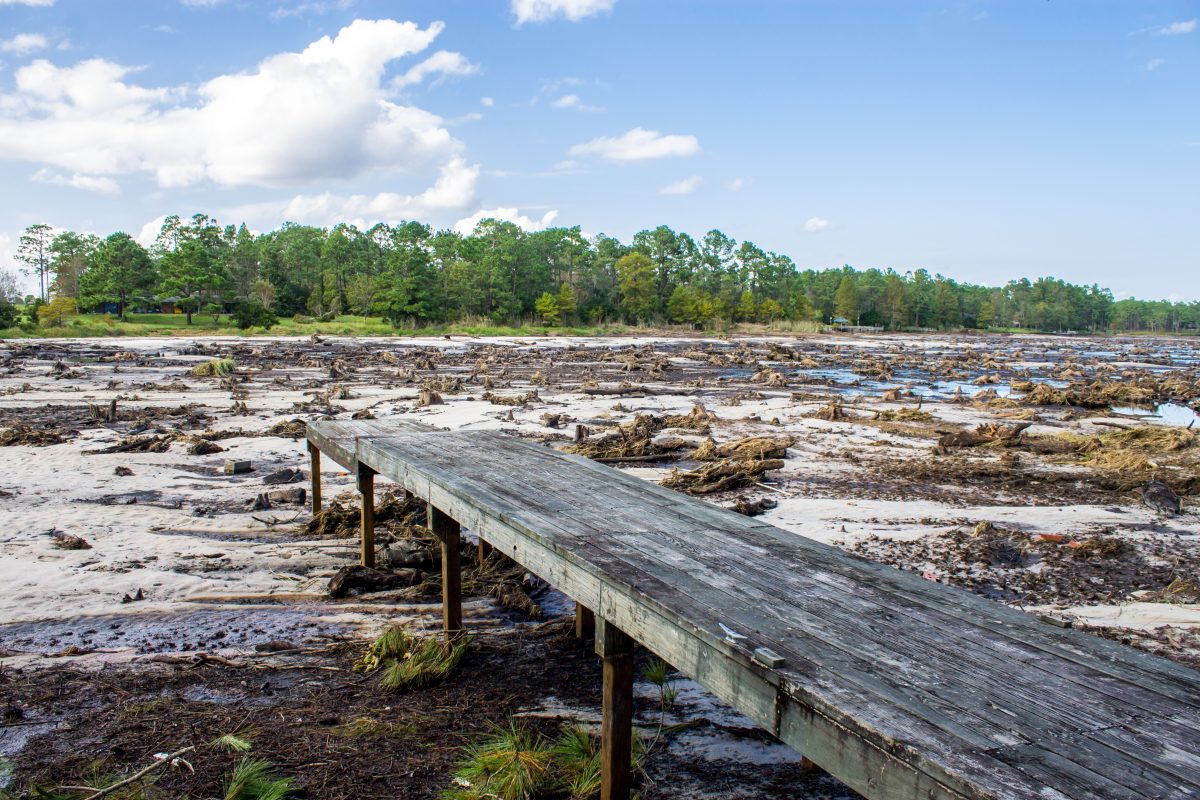 Sanford Dam breached its barriers on the evening of September 15, which resulted in closing parts of N.C. Highway 87, while Boiling Spring Road was cut off in three different sections and other major roads were flooded.

At this writing Mayor Caster explained that it was impossible to determine how many residents evacuated, the extent of the damage to homes, property and roads and the cost of rebuilding. “It’s premature at this point,” he said. “Our residents are getting estimates from FEMA.”

The 275-acre Big Lake is the focal point of Boiling Spring Lakes. In April 2018 the community was awarded a federal grant of $1.7 million to help fund a new spillway for Big Lake, but construction was not expected to begin until late 2019.

Jennifer Stegman says she and her husband, Steve, and their two daughters live on Big Lake and that Pine Lake is across the street from their home. “When the dam broke, water was rushing into our yard,” she said. Since they live in the first section of North Shore, they were able to leave their home and get to a main road, but without electricity for eight days they had to travel to Little River, South Carolina, to get more gas for their generator since none was available locally. “I did a happy dance,” she says when the electricity finally was restored.

The Stegmans moved from Connecticut to Boiling Spring Lakes more than two years ago because they wanted to be close to the beach. The children were calm during the hurricane’s fury, Jennifer said of Keira, 11, and Peyton, 8. “They didn’t understand the severity of what was happening. We played a lot of monopoly and Uno and made quality time with family.”

The girls miss going to school and haven’t gotten any assignments, Jennifer said. Most likely the legislature will forgive the nearly three weeks that school wasn’t in session. Still, Jennifer said she’s not sorry the family moved to Boiling Spring Lakes. “Not at all,” she said. “We love the area and we love the people. It’s admirable how people are helping each other.” She and her daughters handed out supplies at The Office Coffee and Wine Bar while Steve was assisting neighbors.

Boiling Spring Lakes resident Steve Randone, director of information technology for Brunswick County, said he and his wife, Mary, who works for Brunswick County in the tax office, had debris in their yard and lost their pier when Sanford Dam broke. They live near Big Lake, and water came halfway up their backyard. One of their two generators was in the shop for repair when the hurricane hit, but they relied on the other for electricity during the eight days without power. 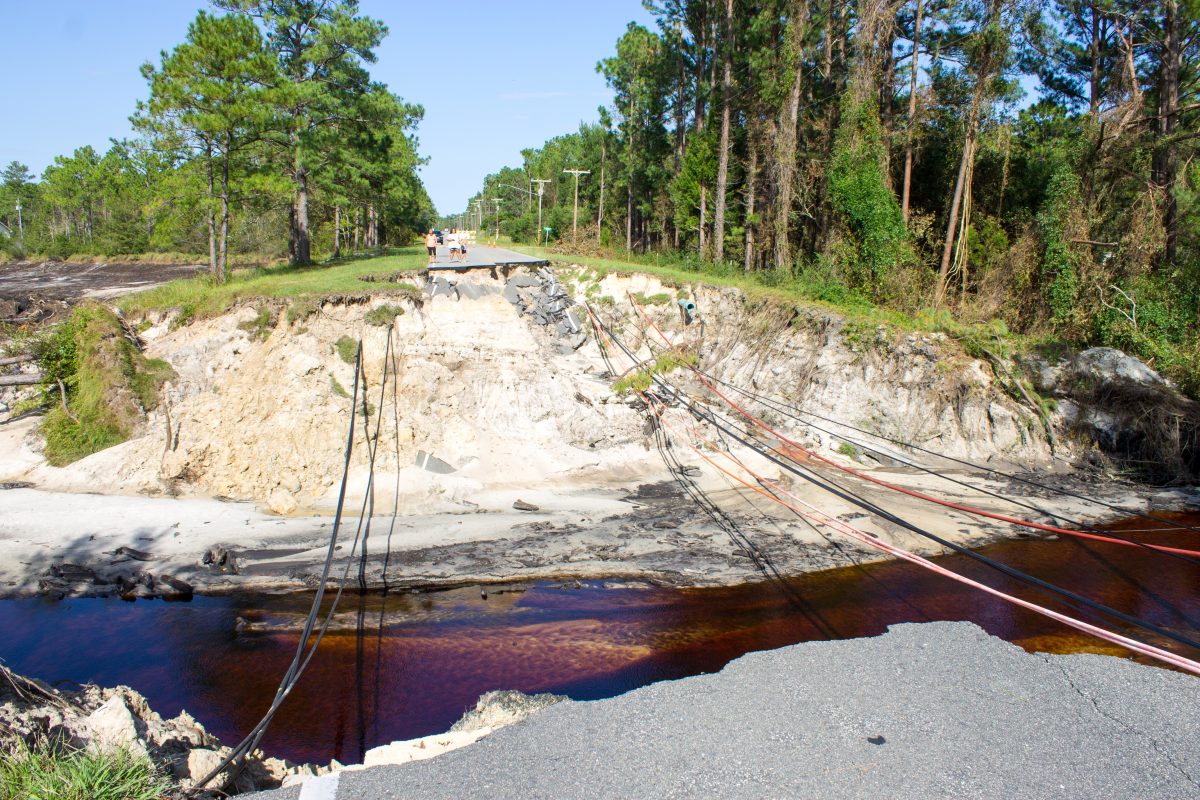 Despite the disaster, “People came together,” Steve said. “It was good to see, especially seeing our first responders, emergency management and the sheriff’s office [working together].” He was impressed that people from Ontario, Canada, came to help.

The Randones have lived in Boiling Spring Lakes for six years and did not evacuate with their 4-year old son, Bentley. “We need to be available to help,” Steven said. “I’ve seen with my own eyes what has happened here. We consider ourselves blessed. Homes on [Highway] 87 are completely flooded out. The dam breaking saved a lot more homes from flooding. I’m just thankful for what our emergency crews do.”

Mayor Caster emphasized that the Boiling Spring Lakes government has been functioning since the hurricane hit. “It has never shut down,” he said, adding, “Roads were cut off all over the city. We lost North Lake and Pine Lake. The entire city was hit.”

He adds that he and his wife, Gail, remained safe during the hurricane and didn’t have damage to their home or property. A Southport native, the mayor says he’s lived in Boiling Spring Lakes since 1982. He was city commissioner for eight years before being elected mayor five years ago.

Brunswick Family Assistance began distribution of water, food and supplies at New Hope Clinic, 201 Boiling Spring Road on October 1. Information about that service is available at (910) 754-4766.

“There are so many people helping and volunteering,” Mayor Caster says. “We will put it out in the paper later to thank everyone. It is premature to make any estimates, and I don’t want to leave anyone out who has helped.” 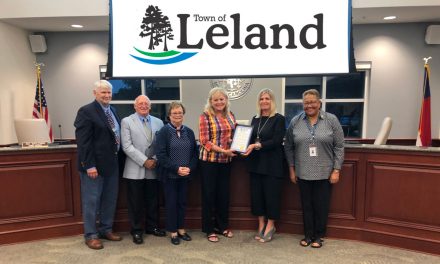 N.C. Town Clerk of the Year