Lola’s Olas in Ocean Isle Beach is a labor of watersports love for Jace and Amy Myers.

Take a highly charismatic and motivated couple working in an environment they enjoy, sprinkle in the shared desire to do “something fun,” and you have Jace and Amy Myers and Lola’s Olas.

Lola’s Olas (translation: Lola’s Waves), located in Ocean Isle Beach, offers skim, surf and stand up paddle board lessons for all ages. The only criteria for their customers is that they have fun!

For Jace and Amy, starting this business was about everything falling into place at the right pace. 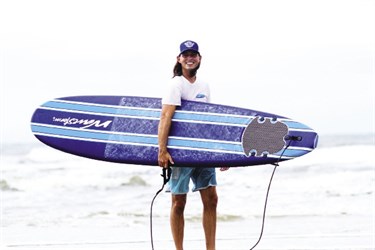 Jace is a native of North Carolina, from the area surrounding Lake Norman. Each summer he and his family vacationed in Ocean Isle Beach, and at the age of 5 years he was already familiar with a boogie board; at age 7 or 8 he was standing on one. His first surfboard arrived on his 10th birthday. The passion for water was already strong and the love of watersports was strongly encouraged by his parents. The dream of one day coming to live on the coast was born.

Amy was raised in Concord, North Carolina, and met Jace at a New Year’s Eve party at the home of a friend. She was then attending school in Chapel Hill, and Jace was schooling in Goldsboro.

Amy’s surfing life did not begin until she and Jace relocated to the beach area. She quickly realized that if she was going to spend quality time with her husband, she had better get in the water. She found time spent with family and friends in the water to be a relaxing departure from the routine of each day.

With summers off from school, Jace began to form a new vision. Jace and Amy had often discussed the possibility of using their talents and interest in the water as a part of their future — something they could accomplish while remaining at the jobs they both love. 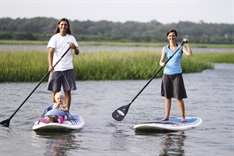 Jace and Amy often met people on the beach who inquired about their boards, surfing and watersports in general. They enjoyed these conversations, which led them to think more seriously about the possibility of another chapter in their life: a business involving water activities. With Jace off for the summers, the possibility became real.

With the help of many local friends who spread the word about the new business and offered encouragement and support, Lola’s Olas was born. The business was named for their beautiful daughter, Lola, now 17 months old and already a board rider!

Their most memorable student so far was a 62-year-old woman they met while she was strolling along the beach. During their conversation she told them that she knew she could never stand on a paddle board. They asked her what she was standing on as they spoke. When she answered “sand,” Jace replied: “Standing on sand is like standing on a paddle board.” Inspired by his words, she went through the lessons, succeeded and has already come back for more.

Lola’s Ola’s Surf and Skim Skool is presently held three days a week — Tuesday, Wednesday and Thursday from 9 am to 11 am, for up to 10 participants per class. If a child can comfortably keep his or her head above water, they are a candidate for the Skool. Amy is amazed at Jace’s excitement after each and every lesson he gives; he is as excited about the surf students’ successes as he is with the accomplishments of his students at BCC.

The joy for Jace and Amy is seeing people succeed, experiencing the joys of water and taking the learning journey. They both feel blessed to be living in an area they love and where they have exciting lives personally and professionally. Sharing the waves they love and being together through Lola’s Olas has been, as Amy stated, the icing on the cake for them. 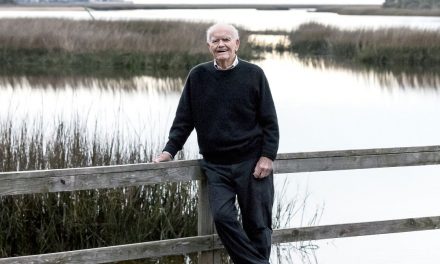 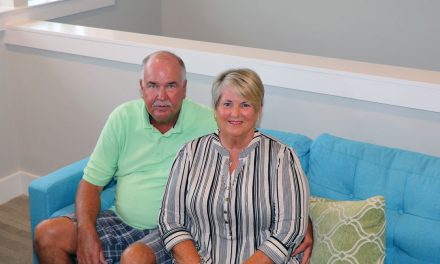 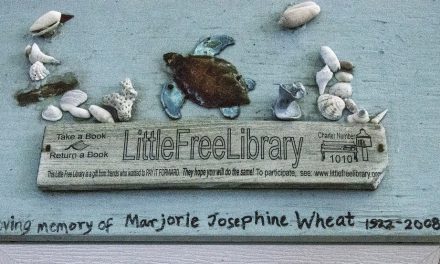