A Whale of a Charity

Dee Antonio, executive director of Brunswick County Habitat for Humanity, wipes away tears as Ocean Ridge Charities Association, Inc. presents her with a check for $5,300. Her eyes relay the shock, her mouth widens, but she is unable to talk for several seconds.

“Oh my gosh! This is fabulous,” she finally manages to say. “You can’t take pictures until I wipe away my tears.”

Ocean Ridge Charities Association, Inc., ORCA as it’s known, is a nonprofit 501(c)(3) organization of Ocean Ridge Plantation residents. Since it was founded in 2010, it has raised and distributed more than $105,000. Recipients are Brunswick County 501(c)(3) nonprofits and charities, of which there are about 60 (not counting churches), according to Jayne Mathews, recently retired director of Brunswick County Volunteer Center.

“We’re doing good things for a lot of local organizations,” says Mike Gildea, president of ORCA since its inception.

Upon receiving ORCA’s donation for Habitat for Humanity, Antonio explains that the money will benefit their Home Repair Program. In this program, the Habitat team may build a ramp for a resident confined to a wheelchair, or it may replace the leaky roof of a home built in the 1980s. It may scrape and paint a home never painted in its 50 years. “We prevent a home from falling into ruin,” Antonio says. “A lot is a safety issue for its residents.”

Lynn Carlson, executive director of Hope Harbor Home, which assists victims of domestic abuse, is another recipient of an ORCA donation. She shakes her head in amazement at the $5,800 donation.

“How awesome,” she says. “It’s timely because we are moving a client out of state.” She explains that sometimes a woman has to relocate in order to be safe from her abuser. This involves transportation, rent, utility hookups and all the details of moving. “We have experienced funding cuts and are relying on grassroots efforts for emergency services,” she adds.

The Memorial Fund matches up to $100 per household per year the donations residents make to their preferred charities. Special projects include Dolls and Angels for Hospice in which residents make these items for patients, and weekend food backpacks for hungry children organized through Matthew’s Ministries. All of these projects together have boosted the donations past the hundred thousand dollar mark.

“We didn’t want to interfere with ongoing charitable events,” Gildea says. “We wanted to evolve as an umbrella organization.”

The ORCA board reaches out to residents of the 601 homes at Ocean Ridge to make the fundraisers spectacular events. When Trivia Nites and Bistro Nites are planned, they are not merely activities that charge admission with proceeds benefiting charities. The events committee crafts a theme for the fundraisers and makes them fun.

The first Trivia Nite in 2011 focused on the nursing profession. ORCA partnered with the David Kelly Scholarship Fund and established the Ocean Ridge-David Kelly Nursing Endowment in memory of Ocean Ridge resident Amy Kelly’s late husband. A scholarship was granted to a nursing student at Brunswick Community College, and this endowed scholarship is granted every year.

To generate interest in the endowment, the trivia committee sent out a “Calling all Nurses” email, says Maggy Schlink, one of the coordinators of the event, requesting former and current nurses to assist with the fundraiser and emphasizing the importance of the scholarship. The committee transformed the Plantation Club into Ocean Ridge General Hospital, volunteers wore their nursing attire, “Dr. Kildare” and “Dr. Casey” were on hand to help, and the teams chose medical names. Team Urology, Team ENT and Team Medical/Surgery came out as winners over the other 12 teams in the competition, which included 150 people.

“We try to create a fantasy world,” Schlink says. “It’s entertaining and we have a good time.”

“When you designate a charity, you have to have a cause that resonates,” Gildea adds.

Bistro Nite III designated the money to veterans’ groups, so veterans flocked to the event. Flags, stars and patriotic symbols in red, white and blue decorated the Plantation Club. Other themes the committees have used include teaching, air travel and Mardi Gras. In all, two dozen charities have benefited from ORCA’s fundraising events.

Another facet of ORCA is the ongoing sale of “From the Kitchens of Ocean Ridge” cookbook. Peggy Burris and her committee accepted the challenge of requesting, organizing and typing the recipes. Burris found a publisher and continues to oversee the accounts and markets the book. Because of these efforts, ORCA has sold nearly 1,100 cookbooks, which has garnered more than $16,000.

Schlink oversees the sale of the International Dining Club membership. The $35 fee offers discount coupons for meals in restaurants or admission to attractions in Horry and Brunswick counties.

“I am overwhelmed by the support the Ocean Ridge community gives,” says Barbara Ellenberger, executive vice president of ORCA. “I feel grateful living in Ocean Ridge and helping the needy. Through the activities we’ve had, we’ve increased the number of people who participate.”

Gildea is passionate about vetting the charities seeking funds before granting them a donation. The ORCA Grants Committee reviews the applications for funds, investigates them on government websites, assigns a board member as a liaison and places recommendations before the board. The 17-member board votes on granting the funds. Churches do not qualify.

Sorice explains that ORCA is an all-volunteer organization. “All the money goes to charitable needs,” he says. “We are very transparent. There is no hidden agenda.”

Believing that the concept of a neighborhood charity could expand, Gildea established the Coalition of Brunswick Neighborhood Charities (CBNC). He is encouraging other neighborhoods to develop their own nonprofit organizations.

“The notion of neighborhood charities is unique,” he says. “It’s been a successful philanthropic effort for us that can be easily replicated in other communities.”

The next ORCA fundraiser on January 31 at Elks Lodge 2679 in Calabash will feature Mike’s Garage Band as the musical attraction. The event will benefit the Warm Homes, Warm Hearts campaign of Brunswick Electric Membership Corp. and is expected to raise close to $2,000.

It’s all proof that the people of Ocean Ridge are a generous bunch.

“Everyone is so willing to help,” says Judy Cunningham, chair of Bistro Nites. “We sell out in a few minutes. The people are very generous.” 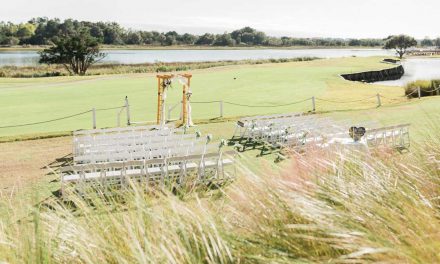 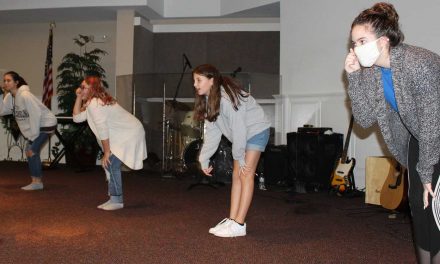 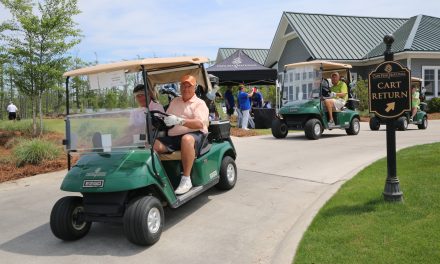 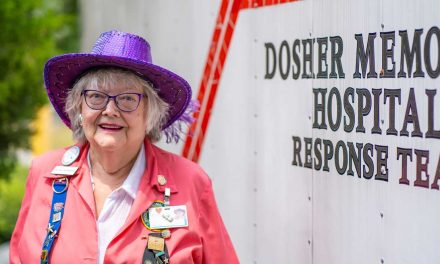 A Woman of Many Hats