A contemporary home combines the visions of both the builder and its artist owner to spectacular effect.

In 2006 John Wallace of John Wallace Construction built a home that was meant to both stand out from and blend in with the historical homes around it. It was a feat that required ingenuity and, eventually, the vision of the family that later purchased the home from him. 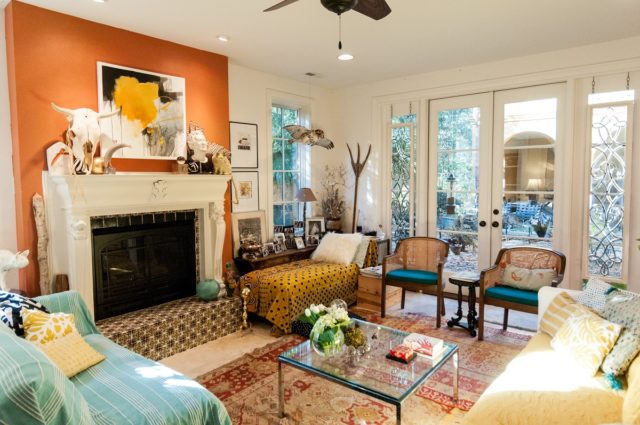 John’s wife, Cynthia, has ties with South America, which clearly influences the home’s design. Its unique red tile roof and stucco façade give it a timeless, breezy feel.

John designed this house with excellence in all ways, from the floorplan to the materials. The Wallaces’ love for their house, along with their eye for detail, are seen everywhere: travertine floors on the ground floor, beautiful hard woods stained a deep mahogany, large windows and beautiful molding. Astute visitors will notice that the front door arch is repeated twice in the interior. An interior courtyard creates outdoor privacy and garden space while also allowing light to stream inside through the floor-to-ceiling doors and windows. An unusual aspect of the house, particularly in this area, is the poured concrete walls. 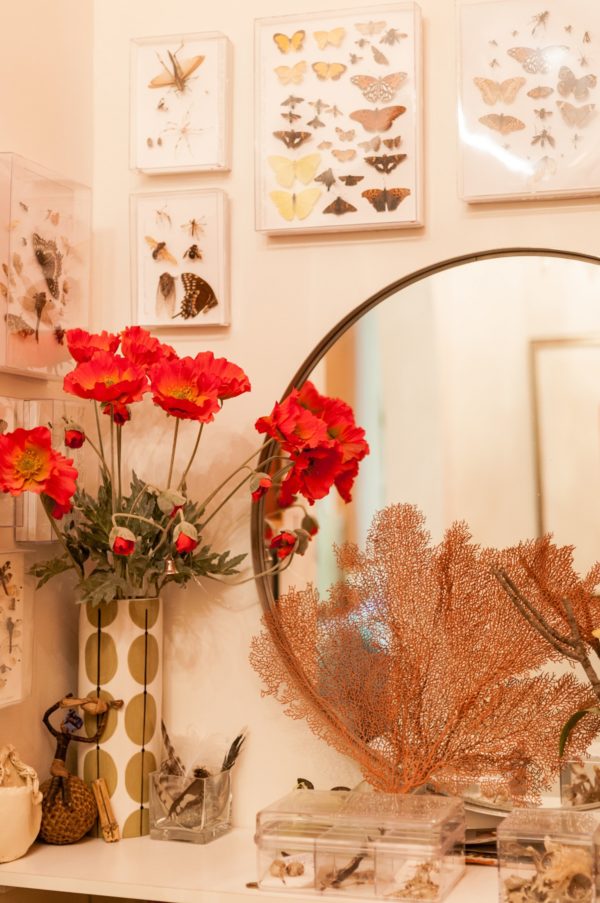 The Webbs bought the house from the Wallaces in 2010. Katherine Webb remembers walking her dog along 14th Street in 2005 (long before they bought the property) and noticing the poured concrete walls, which reminded her of Stonehenge. She was immediately intrigued.

While in love with the home and its unique features, they made a few changes to the design to suit their family’s needs. The Webbs rearranged the kitchen/living area and added a raised back to the counter (“to hide the dirty dishes,” Katherine shares). They added mirrors to the backsplash to make the space appear larger (“Yes,” Katherine says, “they are easy to keep and clean!”).

The mantel in the home came from her husband’s grandparents’ house in Raleigh, which, sadly, was demolished for a parking lot near the capital. The Webbs were also able to salvage the wrought-iron gates (seen near the street today), the cut-glass windows and the chimes used by the butler to call for dinner in that grand turn-of-the-century house. 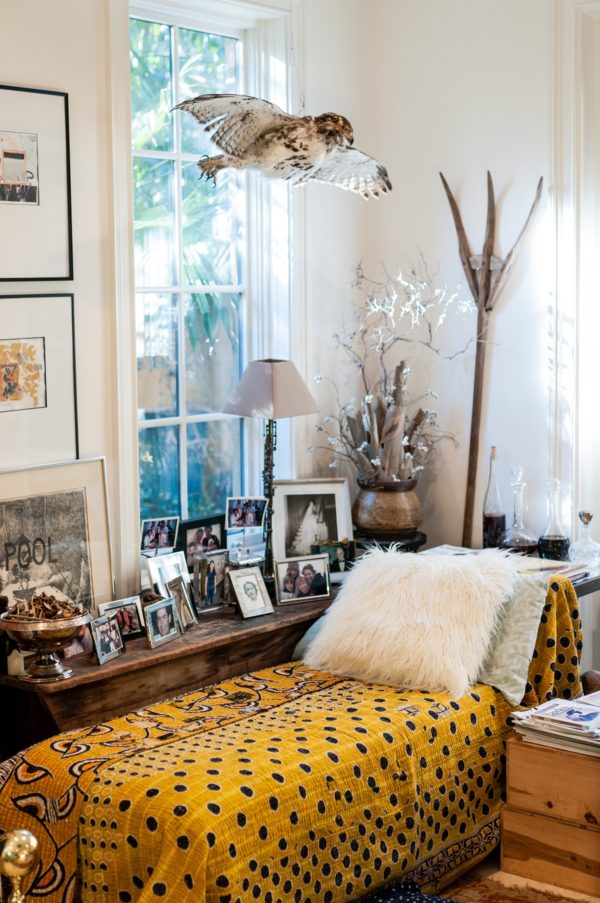 The Webbs also installed an elevator in an outside alcove that seemed tailormade for that use. It seems that John Wallace had prepared this home for any possible future!

Now the home is the perfect blend of the Wallaces’ vision and influence and Katherine’s creative flair. Katherine, an artist, has claimed the garage as hers for a studio. John Wallace had built the garage with a mother-in-law studio apartment above it. Katherine has reimagined the space; inside the garage she creates her large on canvas paintings, while the upstairs studio is perfect for her watercolors and small sculptures.

The home is on the North Carolina Azalea Festival Home Tour, and when visitors come to the home they will not only get to see a unique house, one with more modern roots for Wilmington, but also a well-loved and beautiful garden. The public will walk through the elevator to exit the house, through the enclosed courtyard and down to the street. This path allows moments of surprise. A family of finches live (in their cage) in the elevator and enjoy going up and down (although they will be safely kept in the greenhouse for the tour). Katherine loves her garden space and has done most of the planting. Currently, she is attempting to espalier the existing camellia sasanquas in the courtyard. 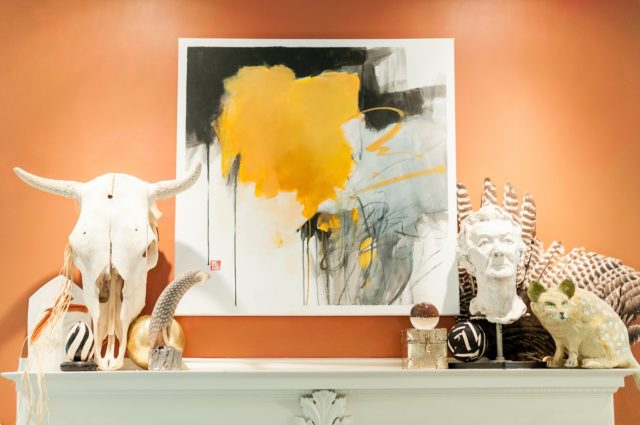 Overall, the home and garden at 412 N. 14th Street are the heart and soul of two separate visionaries and artists coming together across the decade, and they will be sure to amaze you.

The dates for the 2018 tour are April 14 and 15. Tickets cost $30 in advance and $35 starting the Saturday of the Azalea Festival. Tickets are good for the entire weekend. Tour-goers can attend either or both days and can start and end at any point along the route. For more information, visit Historic Wilmington Foundation. 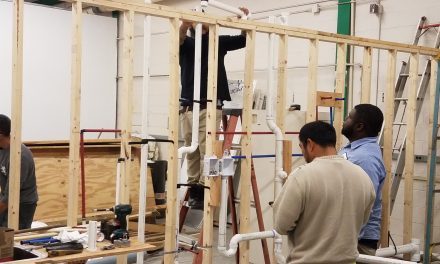 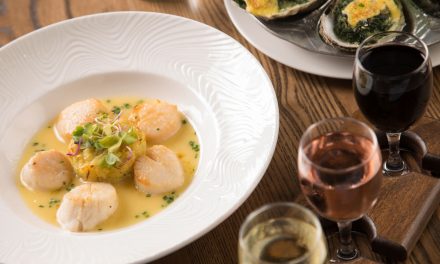