General Federation of Women’s Clubs honors Polly Russ for her lifetime of volunteerism in Brunswick County.

Uniting members through a charitable organization of volunteers for the promotion of education, community service, fellowship and leadership development is at the core of the General Federation of Women’s Clubs of the South Brunswick Islands’ mission. One member who has lived that mission by donating 46 years of service to club work, Polly Russ, was recently selected as the GFWC-NC winner and one of two at the GFWC-Southeastern Region for the Jennie Award for her lifetime contributions to her community and family.

“I am absolutely shocked but honored to receive this recognition,” Russ says. “They describe it as a lifetime achievement. The fact that it doesn’t just focus on what you’ve done in a single year, but encompasses all of your involvement in club work and family work is special.”

Chartered in April 1989, GFWC-SBI is a nonprofit 501(c) 3 chapter of the General Federation of Women’s Clubs, one of the world’s largest and oldest non-denominational, non-partisan, international volunteer service organization for women. General Federation of Women’s Clubs honors one clubwoman from each GFWC Region for outstanding commitment to club, community and family. Named in honor of GFWC’s founder Jane Cunningham Croly, who wrote for national newspapers under the pseudonym Jennie June, is the only national honor that recognizes individual members for personal excellence and is the highest honor bestowed by GFWC.

Each member of GFWC-SBI brings her own unique talents and passions to the club. Russ’s is early childhood education. It was also her career. In 1985 she opened only the second child care center in Brunswick County.
“I was on the ground floor when rules and regulations came through for child care centers, initiatives that then Governor Hunt put into place,” Russ says. 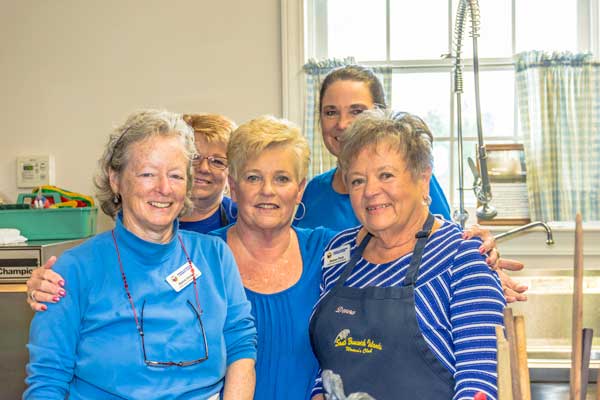 Those initiatives funded through the state helped set quality early education guidelines. Russ started her childcare center with seven teachers and 25 children. When she retired, the center had 25 teachers and more than100 children.

Even after retiring, Russ remains a crusader for early, quality childhood education and care. As part of their community service programs, GFWC-SBI is heavily involved in education initiatives, including promoting a commitment to lifelong learning by encouraging members and others to foster and support educational opportunities in their communities. Part of that commitment is through contributions to the nonprofit Smart Start of Brunswick County, whose mission is to ensure all children are healthy and ready for school, with a vision to have the entire community working together to create unlimited opportunities so all children become successful and contributing individuals.

“We need to break the cycle where children are staying in unsafe places before they get into kindergarten,” Russ explains. “Then they go to kindergarten with none of the skills their peers have. I know it comes down to funding. We’ve come a long way, but we need to do more because childcare isn’t an option anymore.”

In addition to education efforts, GFWC-SBI is heavily involved in community service projects that foster support in the arts, conservation, international outreach, public issues and improving the lives of those in need. All of their projects have a direct impact on the populations in Brunswick County. A signature event is the SOUPer Bowl Saturday, which is part of a national project, The Empty Bowls. The event brings together local potters, restaurants and caterers to sell soup filled bowls to help raise funds for agencies that feed the hungry in Brunswick County. 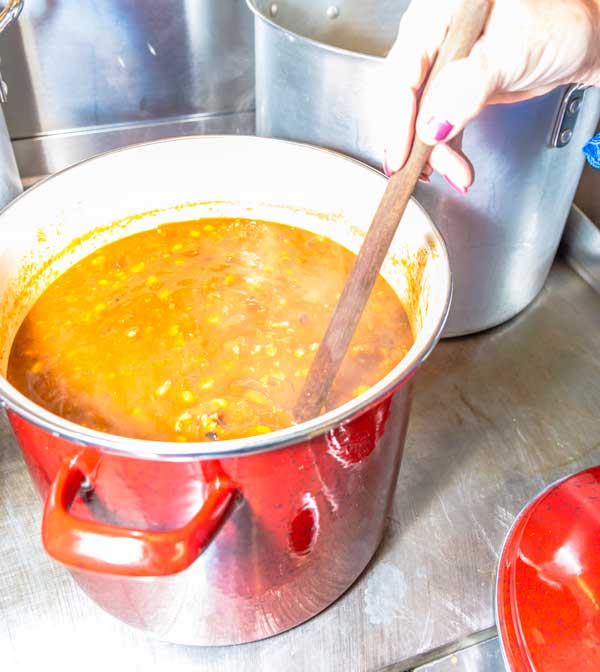 Every spring the club hosts their annual Juleps & Jazz Kentucky Derby FUND-Racer, an entertaining social event that includes great food, live jazz, silent auction and raffles to help raise funds for their various projects that goes back into the community.

“We’ve done small things that are just as important as giving out thousands of dollars,” Russ says. From sewing blankets and pajamas for the homeless to helping fund The Rose House, a new addiction recovery center for women, GFWC is helping to make a difference in Brunswick County.

Russ’ passion for volunteerism comes naturally. “My mother was quite a volunteer. But that was back in the days when you didn’t have to work,” Russ says. Her twin sister is also a volunteer in her spare time when she isn’t teaching.

And Russ’s daughter serves as the current president of the Shallotte Junior Woman’s Club, an affiliate of the GFWC, and the very club that Russ joined more than four decades ago with 27 members.

Above all else, for Russ the biggest personal benefit of being a volunteer member with GFWC-SBI is the fellowship. “I often wondered where else I would have met 27 people when I first moved here from Chapel Hill as a young bride at 22 if I hadn’t gotten involved,” she says. Half of the members from the club are women who have moved here from other areas across the country, bringing much welcomed new suggestions and ideas that positively support the community.

Russ is looking forward to representing the Southern Region of the GFWC-NC at the national conference this summer in Atlanta, where she’ll be recognized with the Jennie Award for all of her hard work and passion.

“My club is special to me,” she says. “It gave me the leadership skills that have enabled me to branch out and do other things in my life.” 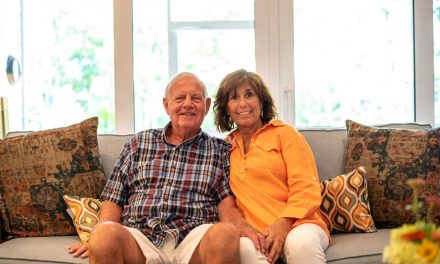 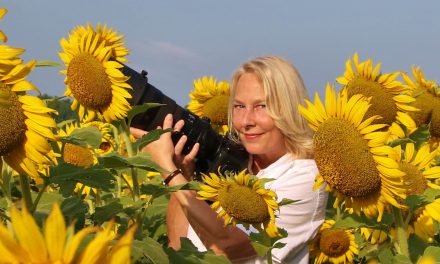