Louis Washington takes over the role as president of the Brunswick County Literacy Council board of directors. 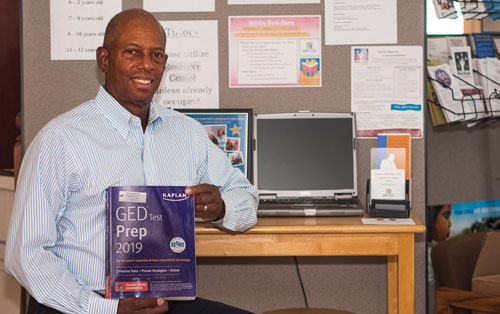 More than 40 years ago Louis Washington saw a young woman crying on a street corner near Center City in Philadelphia. He stopped to ask how he could help. The lady explained that she was going to a job interview but couldn’t read the street signs to find her way there.

“I couldn’t imagine not being able to read,” Washington says. “I helped her get where she was going. That was my introduction to someone who actually could not read.”

Washington tells this story from the office of Brunswick County Literacy Council (BCLC) in Supply. In January 2019 he was elected board president of the nonprofit organization, after having served as vice president and co-chair of its golf tournament and volunteer since 2016.

Washington points to a picture of a woman who received her citizenship with the help of the literacy council. “She was recognized at the [Adult] Spelling Bee and spoke on what a difference it made in her life,” he says.

Washington came to the council through his neighbor Willie Gore. When Gore met Washington, he understood that new neighbor at St. James Plantation cared about education, so he explained the importance and the needs of the Brunswick County Literacy Council to him. “I knew he had the energy, intellect and desire to help,” Gore says. “He’s a very positive person, and he’s been successful in his past career.”

Others within the council immediately recognized his potential as well.

“I admire his sense of dedication to the need for literacy in Brunswick County and in the whole nation actually,” says Susan Shook, former BCLC president. “I also admire his energy level to get all the work done that needs to be done.”

Washington, 65, grew up in Philadelphia and poured his efforts into getting good grades and playing baseball. “I was the youngest boy on the block,” he says. “I was a good enough baseball player that they let me play with them.”

He was known as Skip then because his Aunt Emma said Louis Henry Washington, Jr. was too long of a name. “He’s such a little baby for such a big name,” she had said to his mother. “Let’s call him Skip.”

“You don’t know how many times I heard, ‘Skip to my Lou,’” Washington says. “My dad was Lou.” The nickname stuck until he entered the corporate world.

Lou, who was a plumber, encouraged his children to read. “It was second nature,” Washington says. He says his parents understood that a good education was crucial and that Central High School, a magnet-type school, provided the curriculum he needed for college. To get into that school, Washington’s middle school principal had to write a recommendation. He refused. “It was discrimination,” Washington says. “My parents stood up for me. They fought to get me in.”

Washington values his experiences at Central High. “I met people from all over the city I would never have met otherwise,” he says. “I interacted and became friends with them.”

As he considered his future, Washington contemplated studying to become an astronaut. “That was a little far-fetched,” he says. “Most or all of the astronauts in the space program in the ’60s were former test or fighter pilots, and to be a fighter pilot you had to have 20/20 vision, which I decidedly did not have.” Instead, he chose biology. “I’ve always been interested in the things surrounding us in nature,” he says.

Washington received his bachelor’s degree from The Lincoln University in Oxford, Pennsylvania, a historically black university, and played on its baseball team for two years. After graduating, he accepted a position at Merck & Co. in Lansdale, Pennsylvania, and stayed with the company for 34 years. He worked in the manufacturing area then in the clinical and regulatory areas, primarily with pediatric vaccines, helping in the further development of vaccines for measles, mumps and rubella. His greatest achievement, he believes, was developing a system that allowed sterile fluids from different vessels to be transferred easily between one another with much lower risk of outside contamination. His title when he retired four years ago was associate director in vaccine regulatory affairs. 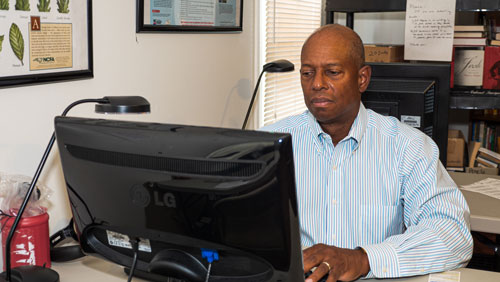 Another achievement he’s proud of is funding a scholarship at his alma mater. Through this effort, he met former Governor of Virginia Douglas Wilder and Rosa Parks, the woman in Montgomery, Alabama, known as The First Lady of Civil Rights for refusing to give her bus seat in the colored section to a white. Washington had his picture taken with her.

“That was one of my best moments to see how proud my father was,” he says. “My parents worked so hard so that I could do things they couldn’t do.”

Washington and his wife, Lavora, moved to St. James in 2015 “to get away from the snow and be near water,” he says. His daughter, Kelly, 35, is a teacher in Arlington, Virginia. His son, Paul, 30, is a recovery specialist in Lansdale and married to Alyson. The couple’s daughter, Payton, is 5.

Washington’s personal goal is to stay healthy. He explains that when he was 41, he was playing basketball with Kelly and accidentally stepped on her foot. To avoid hurting her, he pulled up and ruptured his Achilles tendon. “It was a life-turning injury,” he says. “The surgeon said my running and jumping days were over. That was a hard blow for me.” He took up golf, though, and now has a 13 handicap. Another health issue arose in June 2016 when he had a spinal fusion. “I’ve seen now that it doesn’t matter what you have if you don’t have your health,” he says.

His goals as president of Brunswick County Literacy Council are to continue to form new partnerships and collaborate with other service organizations.

“The impact of illiteracy on individuals, families and the community in general is immeasurable in terms of dollars, time and quality of life,” he says. “There is a great deal of need in Brunswick County.”

The council has great faith in his abilities to achieve these goals.

“Louis is a great supporter of our efforts with donations of money and volunteer time,” says Dorothy Hoerr, executive director of BCLC. “He challenges us to do better and then motivates us as we try to do better as an organization.” 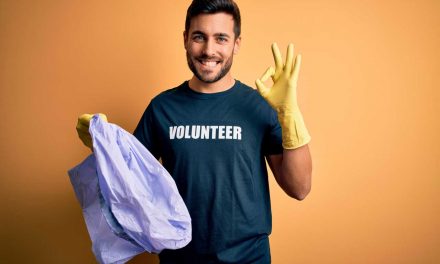 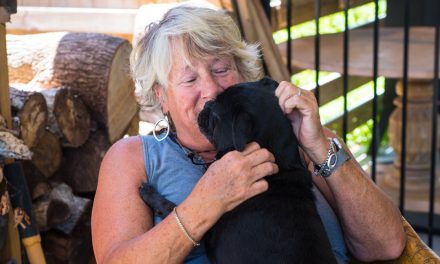 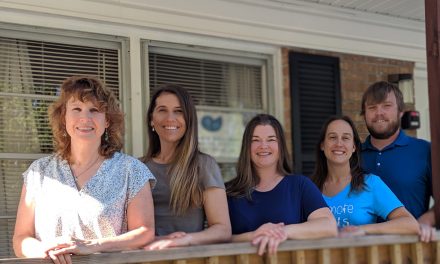