Mike Bowers of 2 Bros Coastal Cuisine shares what it takes to keep truckin’ on the food scene.

“Bad weather is the enemy,” Bowers affirms. “It’s the worst thing that could happen, other than a breakdown. Because people don’t want to come out and stand there in the rain or the cold.”

Though Bowers sometimes attempts to make it easier for customers to get their food-truck eats during inclement weather — via calling or texting orders for pick up — if it’s 30 degrees out and/or raining, it’s pretty much a wash no matter what he does (no pun intended). 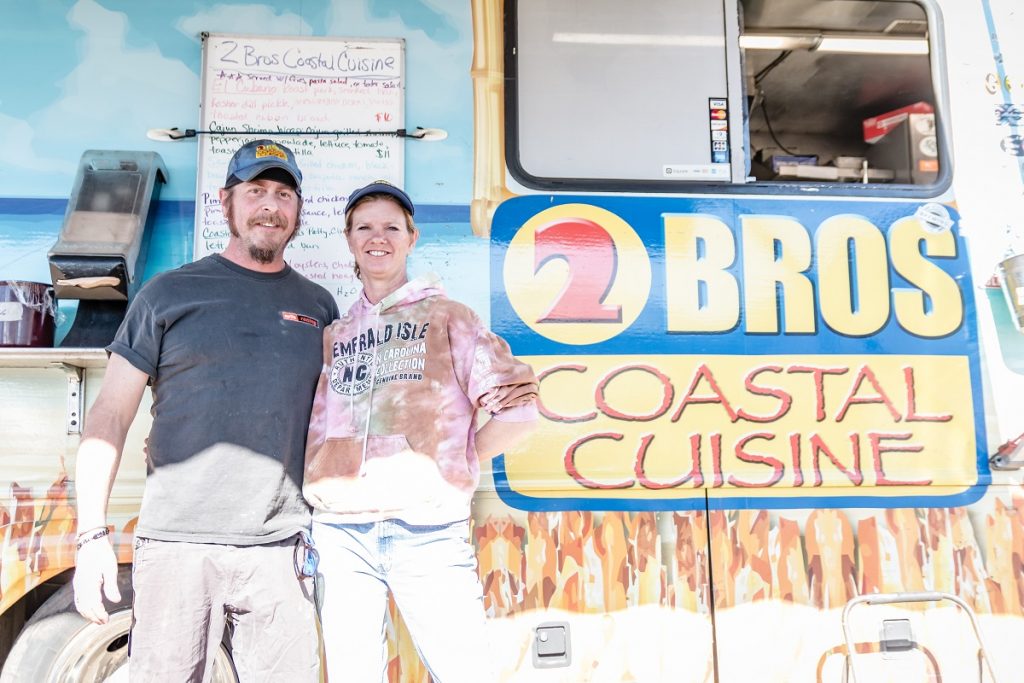 Though many transplants come to the area for the promise of sunshine, Bowers came to Wilmington for college in 1987. However, not unlike others before and since, he decided school wasn’t for him and left after two years. Nevertheless, he did hear the call to the kitchen. Once he got into Wilmington’s restaurant scene, he worked his way up — hitting local legends like Dockside, Oceanic, Hieronymus Seafood and on and on. All in all, Bowers has been in the food biz since 1989.

“I’ve run the gamut as far as fresh seafood, classic Italian, sandwiches and American fare,” he says. “I’ve seen it all, and the rest of it I taught myself. I didn’t even know culinary school existed in high school, because I probably would have ventured to go that direction!”

Today Bowers is a part of Wilmington’s growing food truck scene with 2 Bros. Though the tri-county area pales in comparison to the likes of Charlotte or Raleigh in numbers, it’s been growing since Bowers first cranked his truck in 2015.

“There are not that many trucks here because the city doesn’t make it that easy for them to get in,” Bowers says. “They have a bunch of hoops you need to jump through . . . I can’t park with 75 feet of a brick and mortar restaurant and start selling.”

While Bowers lives in and is based out of Leland, 90 percent of his work and client base is across the bridge in Wilmington and throughout New Hanover County. He shares a commissary at Diamond Foods off College Road with three other trucks. It’s a catering facility that serves as a sort of homebase for 2 Bros, T’Geaux Boys, Steviemack’s International Food Company and YehMon51 food trucks. “It’s a very cohesive environment,” Bowers says. 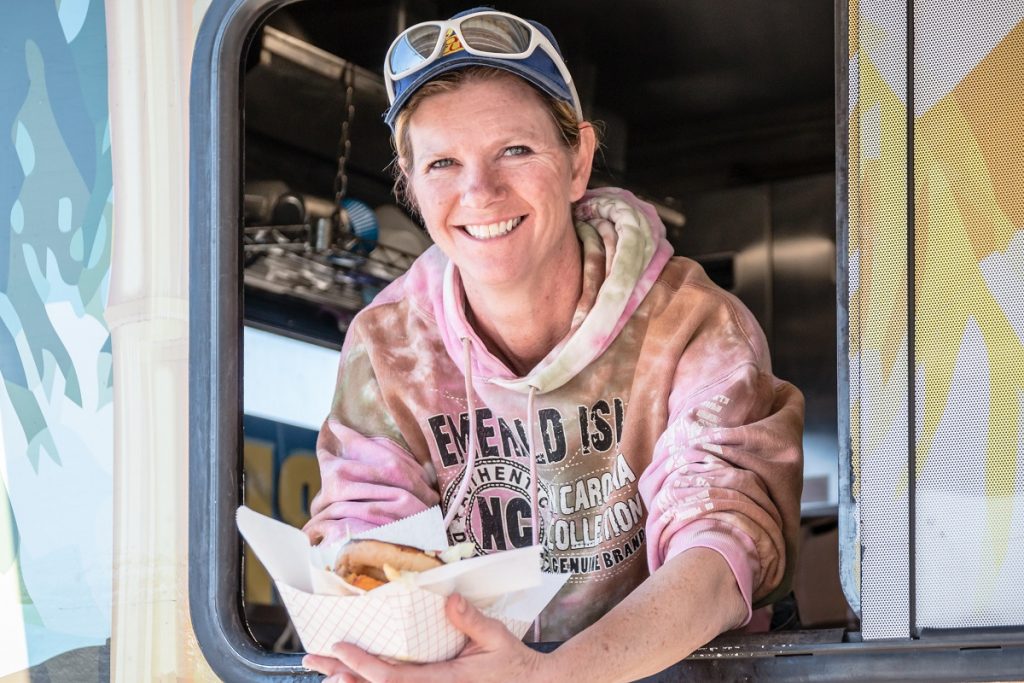 He mainly stays on Wilmington’s side of the bridge for business, often parking in the lots of local brew houses like Flytrap Brewery or other businesses such as Fire and Spice on Oleander Drive, which promise a good lunch or dinner crowd. While 2 Bros’ menu has evolved periodically since opening, Bowers has maintained a repertoire that keeps customers coming to his window. Now it’s just a matter of reading the crowd to see what those daily features will look like.

“It all depends on my client bases,” he says of his rotating menu, which is written on a whiteboard posted outside of the converted RV. “If I’m doing lunch at PPD’s, I’ve got to be fast. It’s gotta be quick-made food (about five minutes per sandwich) because they’re on a timeframe and they can’t spent 20 to 30 minutes waiting for lunch because that’s all they have.”

Bowers is the main cook on the truck, while co-owner Peter Day is more on the finances these days. But it’s still a bit of a family and friends effort, including help from Bowers’ girlfriend, Christie.

“Everybody’s basically part time, myself included,” he admits. “But it’s fun — you turn on the jets and you just go!”

This isn’t Bowers’ first food truck rodeo, either. He worked on another food truck locally through Cinema Catering for roughly 15 years, back when Wilmywood was more than a fond memory. Moreover, Bowers has been in kitchens from here to Baltimore in his tenure.

“So [food trucks] is where it all came from,” he says. “And because of being in the film business I had to change the menu every single day. Every day I had to have three new entrees and three new sides. . . . The Hollywood people are spoiled rotten.” 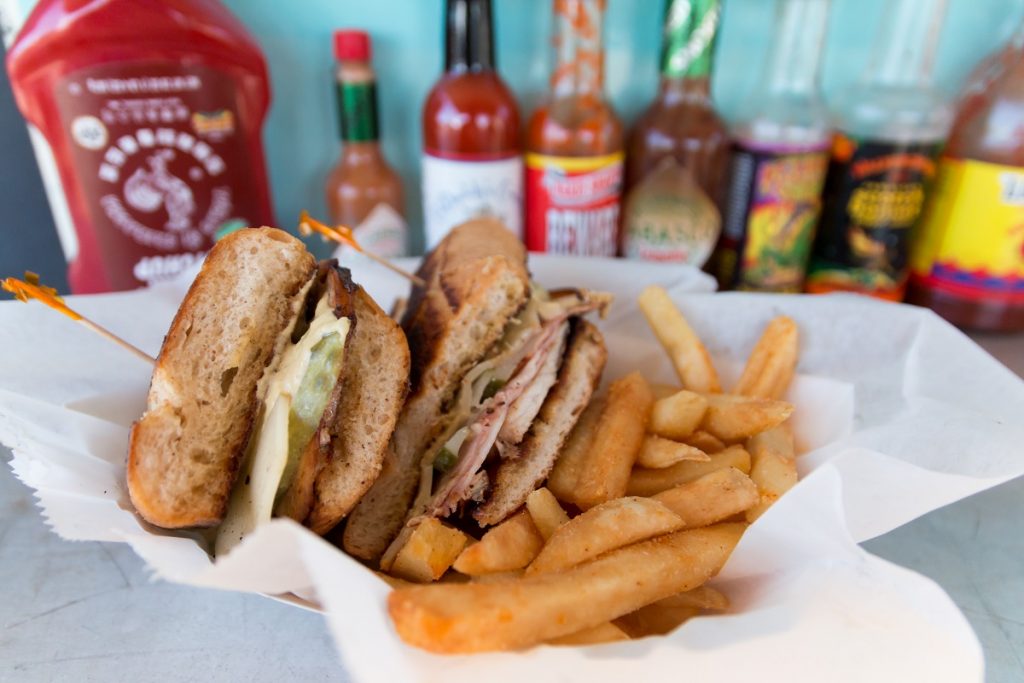 From his short-rib burger and Santa Fe chicken to pimiento cheese chicken and Cajun shrimp, his sandwiches and wraps are front and center. But it’s Bowers’ prized Cuban sandwich, featuring roasted pork, garlic pickles, ham and sharp Swiss piled high, that is a personal favorite. What sets this sandwich apart from other Cubanos is a zesty horseradish-Dijon mustard in lieu of traditional yellow, as well as a preferred Cuban roll he sources from US Foods. The 28-inch loaf is cut into hearty 7-inch sandwiches.

“My Cuban is fantastic,” he says. “It’s a little more labor intensive and it takes up space but I just can’t bring myself to take it off the menu . . . I’ve had people from South Florida, or Cubans, tell me this one is on par with anything down there, or better . . . It’s just a really flavorful sandwich.”

Surprisingly, even among the explosion of bottle shops and breweries, no matter where Bowers parks his mobile kitchen, it’s a shot in the dark as to how many patrons he’ll see. “[These businesses] can’t guarantee 50 customers,” he says. “They just can’t do that. So I just kind of have to take it all with a grain of salt and show up . . . and hopefully it’s good.”

However, anyone in Brunswick, Pender or New Hanover counties can reach out to 2 Bros for business. Bowers is even seeing more demand to cater special events like weddings.

“I’ve got some parameters I go by,” he says. “If it’s just 15 people, I can’t come out for that. But I like to have at least a 30 head or $300 minimum for private events. For corporate stuff I usually try to get a rough head count, take a chance and see if I can drum up some extra business.”

Bowers can work with special requests and menus to a certain degree for special events, but typically they settle on about a half-dozen sandwiches and/or wraps and basic sides. Everything is a la carte and made to order. Bookings, however, all revolve around timing, number of people and location, so call early!

“I’ve had people call me the day before,” he says. “But you gotta give me a little more notice!” 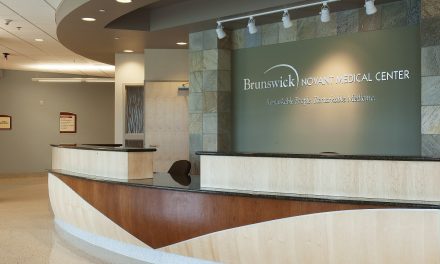 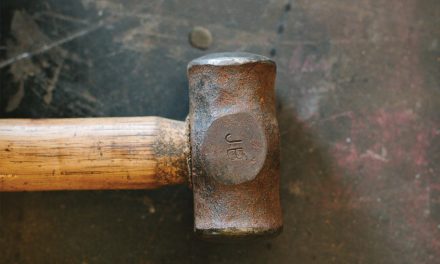 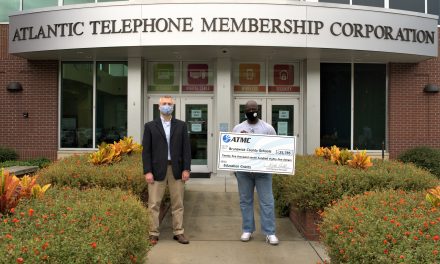